1. I need to learn to be less afraid of different apertures.

I shoot a lot with my aperture wide open (smallest f/ratio). This shot of a mushroom cluster could have been a lot better had I closed the aperture some and gotten a little more depth. Probably not f/8, but perhaps f/4 or 5.6 (this one was shot at a macro-level f/3). 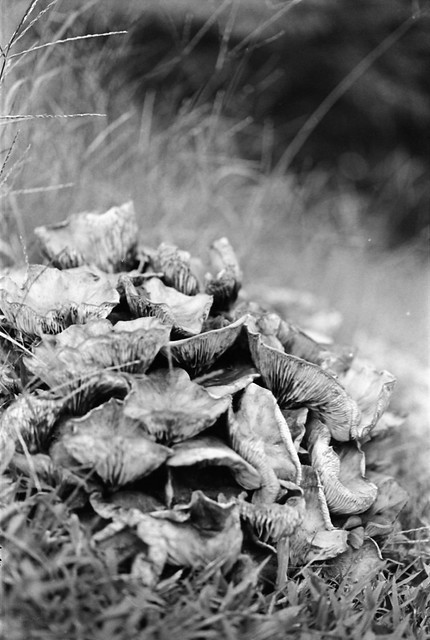 2. I need to think with the contrast of black and white film in mind.

This would have been a very interesting shot if I would have been more mindful of black and white photographic contrast and perhaps let the image be a little darker to let the vibrant colors shine more clearly with tonality other than just white. 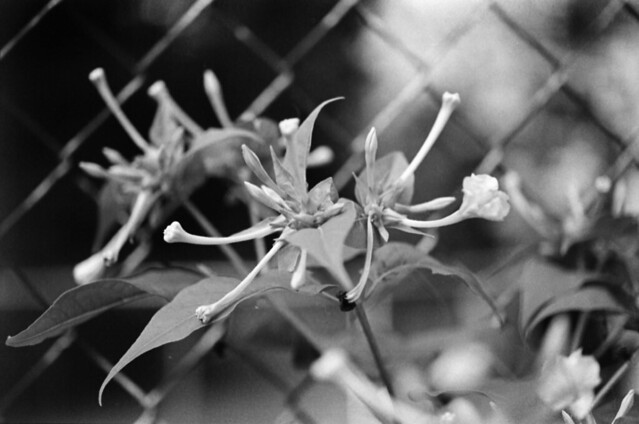 3. Consider the impact of shadow.

Black and white photography relies on the use of shadow and light to compose an image. As such, shadows in the wrong place and ruin the composition of an image. In a color image this is less critical, but still important.